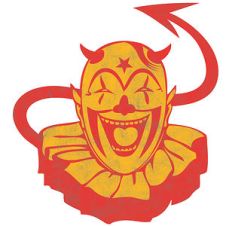 Post-production on the film creeps along. We’re in an audio mix-down phase and the seeds of our brilliant but challenging live settings are being sown. Goodness, there’s a lot going on in there. It’s paying off, though. Listen-backs rekindle the love affair between filmmaker and film. Hearing every little sound put just where it belongs enriches each scene like I never expected. So real.

Ideas for distribution continue to fester…or is that simmer? A few months ago I was contemplating a 100% withholding of the rights and taking our little show from convention to convention, charging only for merchandise and a Q&A that would follow the screening. Another idea followed a more conventional path: submit to festivals, soak up the experience, and then cut a deal for VOD and limited theatrical release if the opportunity presented itself. I’m still not sure if SAG considers a deal with Netflix, for example, a proper theatrical release as per their low-budget agreement contracts, so I’d still need to make a few phone calls. What I don’t want is for the film to drop into the scene with a soft plip and then sink to the bottom like a micro-budget pebble. Every filmmaker wants as many people to see his film as possible, so what do we do?

I’d heard that Kevin Smith was taking his film Red State around for screenings and Q&A’s instead of handing it over to a distributor. Visual technology is making filmmakers think about all the ways their films can make money, and quite a few are kicking themselves for taking a payday and watching new revenue streams pop up all over the Internet and beyond. Ti West recently said in an interview that every penny made from The House of the Devil got swallowed up by one distribution oversight or another. You can practically hear the regretful lilt in his voice in print, giving off all the enthusiasm one reserves for a throat swab when discussing the financial prospects of future projects.

Don’t get me wrong; this isn’t just about money. I’m not even sure HorrorCon is worth the budget it required to get made. For me it’s value has no price-tag, but there’s a direct correlation between playing your distribution cards correctly and the shelf life of a film – not the least of which is if it makes good coin, more people will want to see it. I read somewhere that filmgoers are becoming more interested in the business of a film than in the film itself. Trailers give almost everything away these days because people don’t want to waste their time risking a dud by avoiding spoilers, and it’s all about how “good” it is anyway. Today’s audience’s follow the “celebrity of a film” just as if it were a person. The more a film can suck in its cheeks and take a photo of itself with a smart phone to then be posted for all of its fabulous friends to see, the better off it is.

So where are we now with all of this? Good question (if I do say so, myself). Some evidence to suggest that going it alone may be a good idea presented itself in colorful fashion this past Friday night. I found myself at the 10pm showing of The Devil’s Carnival in Philadelphia at a place called The Painted Bride, a theater-equipped performance space just north of the Ben Franklin Bridge. Carnival is a traveling sideshow “film experience” in the vein of Repo! The Genetic Opera – itself this generation’s answer to The Rocky Horrow Picture Show – where attendees dress up like the various bawdy characters in the film and react with heightened enthusiasm to the events that unfold both before the film begins (in this case a Wednesday Adams inspired burlesque routine) as well as those within the film. The director, Darren Lynn Bousman (of Repo!, Saw II, III, and IV fame) introduces the film, and then asks his leading man (the captivatingly-voiced Terrance Zdunich) to lead the audience in a standing pledge that they will not record any portion of the program lest it circulate inhospitably around the Internet, thereby sacking the film of some of its sideshowesque cachet. Of course, all comply. If we’re there, we’re happily in on the joke. After a hearty “Hail Satan”, the “short” film (rt: 1hr) kicks into technicolor gear.

In brief, Carnival is a thinly-plotted pastiche of vaudevillian musical numbers and flash-edited carny madness where three lost souls enter a carnival after-world and are each faced with the sins they committed in life. The projection was somewhat on the dark side, and characters are quickly introduced and come and go without much narrative warning. In fact, the entire structure seemed engineered to zig when a zag was expected, in true Satanic sleight-of-hand. And to be honest, we don’t really have a lot invested in our three central stories that are sent to “hell” to pay the “Devil his due”, and questions as to their stories’ origins remained long after the film ended.

But a traditional night at the pictures was not the point, as I saw it. Bousman personally financed this touring experiment outside the system ($500k) and sought to create an experience that would mirror in some ways his Rocky Horror-like Repo! success (a film he no longer owns, and therefore, can’t sequel). He explained that he wanted to create a world that he, and others like him, wanted to live in. We’re meant to revel in the dreamlike atmosphere, and in this, he succeeds in abundance. The tunes move playfully through shifting key signatures, and the vocal performances – many from actors-first performers – predictably vacillate with accomplishment. Yet, a consistency in both character and theme prevailed and they helped propel the visuals, and the audience, into a pleasurably chaotic state. Having purchased the soundtrack from iTunes the following day, I’m finding that the songs are growing on me. The adage that compositions requiring time to digest reward the listener best seems to be holding up.

The show ended with a costume contest in which a four year-old girl easily stole the show as well as the heart of the director, who tweeted two photos of her (‏@devilscarnival) on the spot. Then a Q&A followed that I personally found very inspirational, and proved our kind host and leading man affable, intelligent and genuinely grateful. It left me rooting for the project, and for the idea that artists can successfully sell their work on their own terms. The 32-date tour is packed tightly inside a 37-day run (4/5 – 5/12), and for the Philly date there were two showings. Madness. But Bousman appeared wholly satisfied and full of energy. From everything I witnessed, it would appear that “hell to pay” may be a great way to get paid, indeed.

That’s where we are. Mostly. As HorrorCon passes slowly through puberty, I’m working on my next few projects that will span across mediums, which is why Yellow Horse Productions and Publishing is now being described as a transmedia storytelling company. One project is the animated short feature from the Teapott Fables collection entitled The Ballade of Haunted Hill that I’m putting together with my extremely talented partner Teodora “Teddy” Jones. Another, is a web series that will be accompanied by an e-novella and musical ep entitled ThundrClap. It’s a found footage thing with a fresh twist, and I’m excited about where the story is going. Hipsters, beware. We’re coming for your beards.

Hope you like the new look of the site. My new beard, as well. Update on its progress in the next entry.