leaves are falling all around… 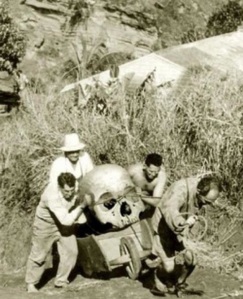 …time, I was on my way. Well, not just yet. The closer I get to finishing the film, the more it struggles to stay on limb, like the last few leaves of a tree in fall. I’ve gone on and on about what it’s like to mix audio on a 2-hour plus indie film shot in public settings, so I’ll spare you a redux. Instead, I’m going to write about things burgeoning in the bubble, namely HorrorCon‘s score, a rewrite of my mini-series “B.L.O.O.M“, and the progress of a new “film” project I’m calling Close.

In the office next to the one I use most often, I have set up my old Kurzweil K1000. It needed some replacement parts and luckily, a few weeks ago, I was able to find another K1000 online. A couple hundred bucks later it was on its way from Alabama and now I’ve got a completely operational scoring machine. I began playing with every one of the 224 programmed instruments and sound effects keeping in mind the indie-ness of the film. Too spooky and it comes off cheesy, and well, off. There’s also the danger of going too syrupy with string patches, or overly retro with soaring synths. So I found a piano program that sounded sweet but wounded (Stereo Tremelo Piano) and began plinking out simple melodies. Less definitely proved to be more. The right note with a lingering, uncertain waver felt lonely and confused, just like my two main characters. So I built slowly from there and piece by piece I matched my performance with the main compositions. I’ve since added reverse cymbals, deep echoing toms, a few atonal wails and some interesting guitar sounds of Hungarian origin found in an app on my editor’s iPad. I’ll be experimenting some more today with various scenes in mind, doling out only that which feels summoned by the circumstances, performances and action. Cool stuff.

B.L.O.O.M is an interesting animal. Something compelled me about six years ago to write a five-night mini-series for the Syfy Channel (then known as the “Sci-Fi” Channel). As usual, I aimed too high, too different, too cerebral. There I was, toiling over a story that involved a dying earth and humans being scanned into android containers to keep humankind alive in space and Sci-Fi was paying people to write things like Mansquito and Dinocroc vs. Supergator. Don’t get me wrong, I’ve got plenty of time for the occasional C-movie shlockbuster, but until “Battlestar Galactica”, I thought the network was really selling itself short. That said, I think I always knew I was creating a portfolio piece, but as is my wont, if I’ve got a story burning inside, I’ll take the time to write it regardless of how it might help my fledgling career. Six years later, I’m still working on it, but this go-round I’m bringing a lot more writing and production experience to it. I still love and believe in the story, so I hope I get the chance to pitch it, or produce it, someday. If not, I may just hand it out on the street in L.A.

Several writing projects later brings me to Close. This idea is heavily informed by two things: the concept of loving and sticking by someone despite their going through some horribly heavy stuff, and phone/tablet apps. I got the idea of a love triangle between two characters back when I was sweating it out on the HorrorCon set. And yes, your math is correct; you cannot get three from two, unless one of the two is actually two. You follow? Close is a demonic possession movie, but strives to step well outside of prevailing cinematic boundaries. It tries to answer questions about trust and appropriation in an age where people create personas for themselves that may not jibe with who they really are, and where things that can easily be taken – or stolen – justify the act of doing so. By setting the story in a squatting residence I hope to create an untethered existence for my characters where they’re rooted to nothing but a fabricated idea of who they are, leaving them wide open to be appropriated by something very old and clever. So far I’ve got lots of detailed notes and what I think is a cool logo:

The idea of the app came to me after I learned about a company called MoPix who offer an alternative film distribution method where you download a film complete with all the features of a DVD right onto your digital device. A related idea that you might update a title over time appealed to the creative producer me. What about an episodic film downloaded in installments? One example would be six 12-minute “episodes” that could be cheaply produced as you go. If the app sold for, say, 9.99 for an HD version, you could conceivably fund your film as you produced it. Other price points could be 6.99 for a normal resolution version, or rentals at 3.99 and 1.99. The rentals would mean that subsequent episodes replaced old episodes rather than added to them. That could be a big seller that pulls funding from a wide number of resources similar to what Kickstarter attempts to do. Also, having a film that periodically “possesses” one’s mobile or tablet device just dovetailed too nicely in a thematic sense for me to resist.

That about sums things up. I’d give my left pinky finger to have the film done before Halloween, and if it is, I’ll be sure to let you know where you can catch it – the film, not my finger. I’m thinking screeners by invitation, possibly a festival or two. Or an online horror TV station like Black Flag TV. Who knows, maybe you’ll even be able to download it on your phone. Wouldn’t that be a trick…and a treat.

2 Responses to leaves are falling all around…